Who inspires you? Who are the people you look up to? Role models motivate us to be better, dare to dream and give us an example of who we want to become.

Having someone that positively influence one’s life journey is very important. Such people make a standard to strive for or to compare ourselves to. Seeing their professional journey can provide us a road map on how we could get from point A to Z to reach our dreams.. We all need such a person and especially women. 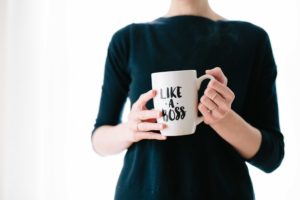 Photo by Brooke Lark on Unsplash

When asked a question “Who, for you, is an inspirational and influential woman?” we often have big names in our head. Beyoncé, Michelle Obama, Meghan Markle, Serena Williams. Those are all big names listed in almost every modern article about female role models. There is no doubt that they are very accomplished and successful but what impact does it have on average woman?

In 2011 University of Richmond has conducted a study “Female Leaders: Injurious or Inspiring Role Models for Women?” where a group of women (60) was presented with both female and male leaders examples before serving as leaders of three-person groups. After listening to audio recorded instructions, “women would assume the fictitious leadership role of corporate “President of the Human Resources Department” whose charge was to chair a selection committee to hire a new junior associate. (…) The leader’s job was to explain the hiring task to the followers, advise the followers on how they should go about accomplishing the task, and, generally, influence and motivate the followers to make the best hiring decision possible.”

The study showed that when participants were shown pictures and descriptions of very successful women, they felt discouraged and less capable of completing a task. It also “showed more positive responses to non-elite female leaders with whom participants more strongly identify”. According to the participants, when they look at these high-profile women, they only see their perfections which remind them of their own imperfections. The odds are always against us.

What we often don’t see are little complicated facts, imperfections, flaws and obstacles that someone has been through to achieve where they are now. And even though more and more people open up to talk about their failures, there are still big stereotypes and stigmas for women to show how vulnerable they are. Because for many, vulnerable means not being capable and in a competing business world like ours it is unexpectable.

The thing is that we all need this human thing of imperfection to make our role models easier to connect with. Having a human role model can help us to see how it is possible to overcome some situations or simply turn a weakness into a strength. The point is to not let flaws and stereotypes hold us back from being the best of us/we can/version of ourselves?

One of the objectives of “FLYie- Female Legends Youth innovation and entrepreneurship” is to inspire young girls and women through audacious female role-model. The idea is to provide them with examples to follow and to get inspired by so they are more likely to follow business-management careers and take the risk of founding their own enterprise.

During the research phase partners will seek for women who make their mark in all aspects of entrepreneurship world with its up’s and its downs. Because we believe that everywhere there are inspiring women, with strength, courage and tenacity to build great initiatives and inspire new generations.

FLYie: Project’s results and next steps

The methodological guide is ready!